Happy new year everybody I hope you had a safe and merry christmas. Hopefully you weren’t one of the many people that come this time of year experience plumbing problems due to added pressure on the plumbing system through extra family members being present?

I recently attended a blockage that had occurred in a residential house. The whole house was blocked, the laundry, bathroom, ensuite and kitchen. There was an overflow relief gully down the side of the house which was doing it’s job by overflowing and relieving the drain of pressure due to the blockage somewhere in the system. 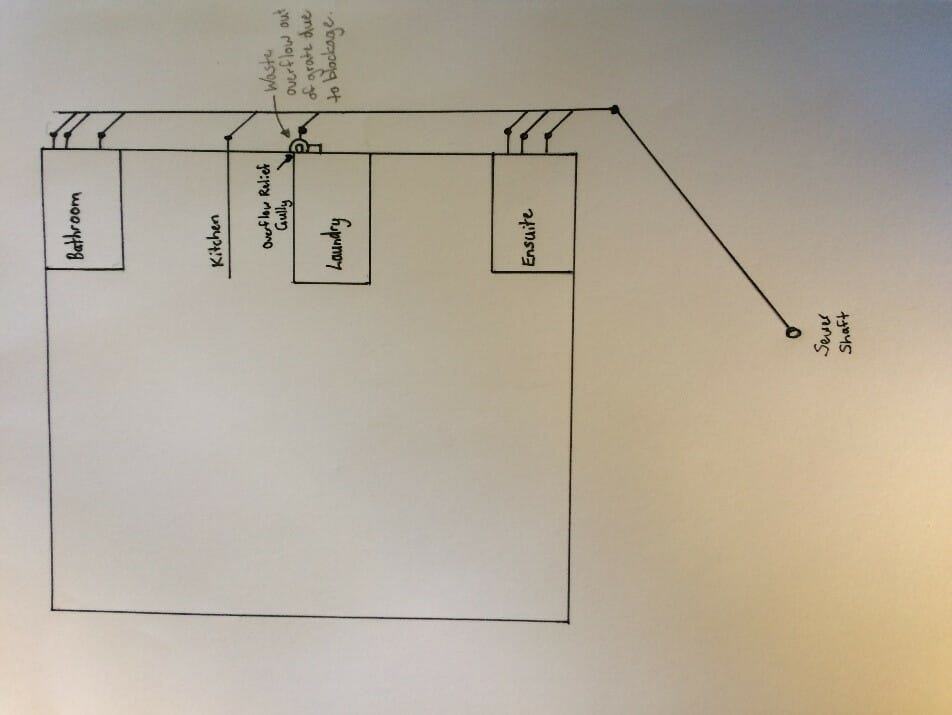 It’s here that we have to think and eliminate where the blockage can and can’t be. Just imagine for this instance that all your plumbing fixtures are on one side of the house to make it easier. Now if your bathroom on the back right of the house is blocked and the ensuite at the front right of the house isn’t then the blockage is somewhere between the two, and say you have a laundry and kitchen between the bathroom and ensuite mentioned above, but neither of these are blocked. 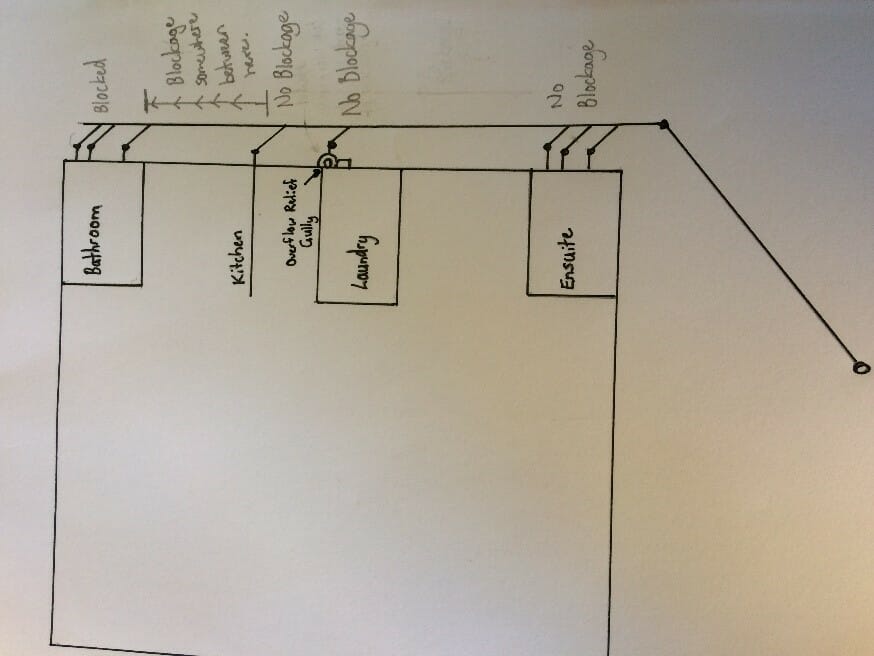 Going back to the blockage I attended above however. Now your whole house is blocked, what do I do.

The first thing is to find the sewer shaft for your property, this will usually be located at the very back or front of the block of land. This depends on the location of the mains sewer services out on the road and also the type of dwelling eg, units, apartments etc, but here, we are talking about a single house on a block.

You see junctions are cut into the mains sewer out on the road to service each properties sewer drainage system. If your property is on septics it follows the same principle, find the last location your sewer system either hooks into the main sewer or into the septic tanks. By doing this we can see if a septic tank is full and needs to be pumped out or if the sewer shaft is blocked causing the whole houses drainage system to also be blocked.

So continuing on the sewer shaft was eventually located and the cap was removed. The shaft was free of any blockage, so this means because the whole house was blocked but the sewer shaft wasn’t the blockage must be after the last fixture junction in the drainage system. 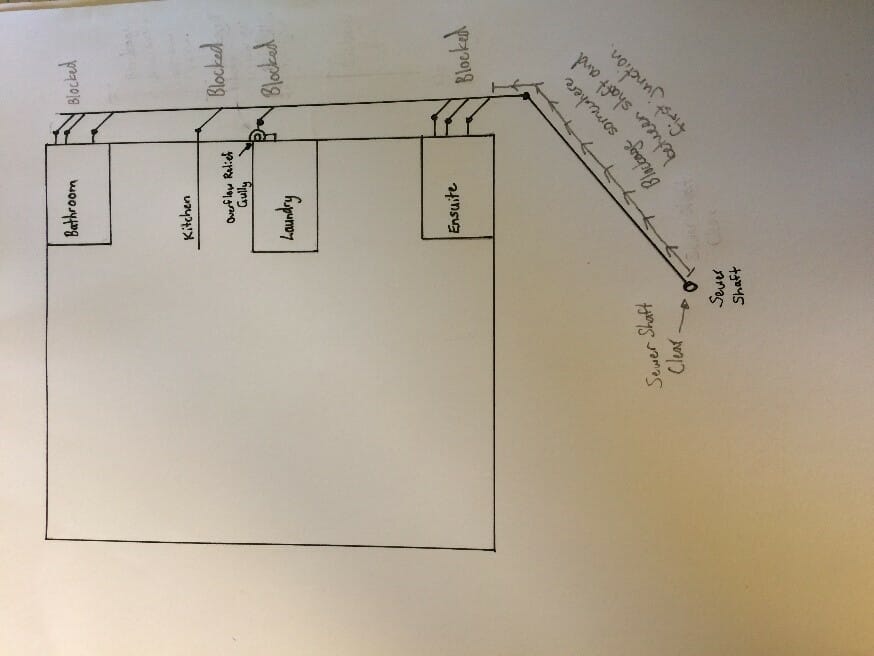 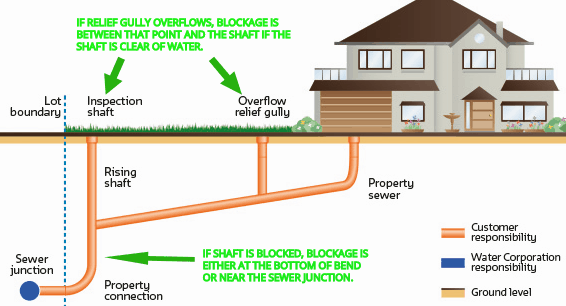 So a camera was sent up the drain from the shaft 4m where it was revealed that an inspection cap had been broken and tree root growth had occurred blocking the whole house. If the shaft had of been blocked then we know the blockage is between the shaft and the junction to the sewer mains out on the street.

The high pressure jetter can then be fed into the drain through the shaft to clear the blockage once it’s located. 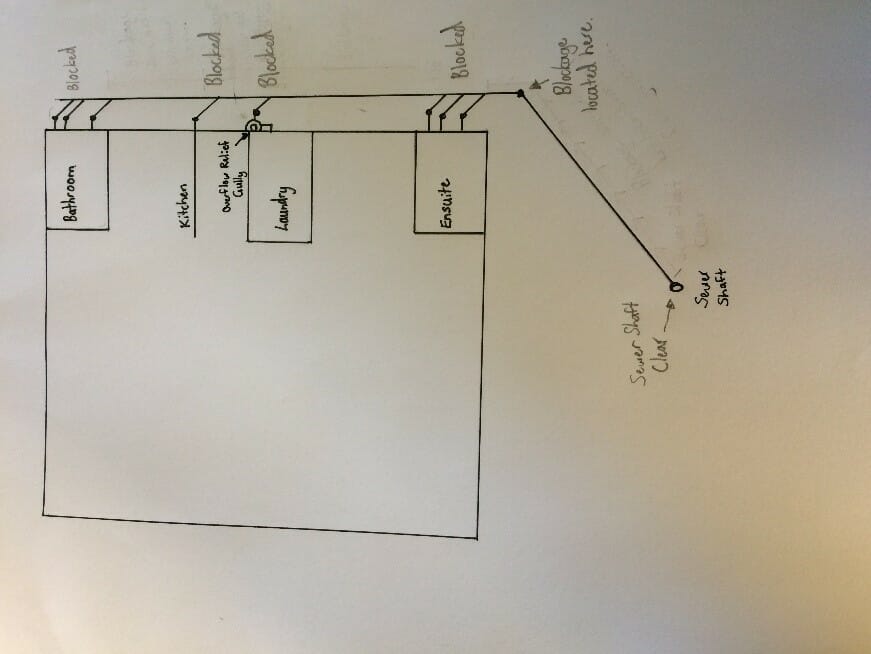