Have you ever walked into your bathroom and been hit with that bad odor that’s associated with sewer, or it could be a nasty musty smell that can also be unwanted and unpleasant. You may get slight whiffs as you pass by your bathrooms. 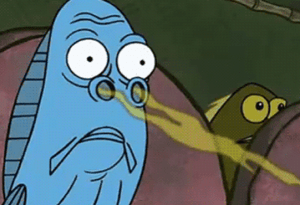 This could be the start of a bigger issue or something relatively simple to fix.

A blockage in your sewer lines can be the cause of the smell as each sewer discharge pipe is designed to let air and odors escape along with waste as it flows through and out of the system. Having a blockage prevents odors from passing past this blockage point and pressure will build up forcing the odors through trapped water seals. This is why you notice or hear bubbling or gurgling of toilet bowls, basins, sinks or showers when you have a blockage in your sewerage pipes.

It could be a buildup of sludge or hair in your basin, shower or sink traps. This again could cause pipes to clog up and force air backup through your water seal. This problem could also cause capillary action on your water seals in your traps, where water is dragged and absorbed by the hair or sludge and sucked up out of the trap and over the traps weir. This will break your traps water seal and let sewer smells in through your pipes. This can be prevented by simply cleaning hair and sludge out of fixture traps. 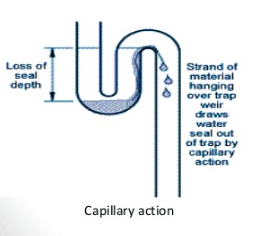 Sometimes we can have a dry trap which lets odors through the fixture as there’s no water seal. This happens when we have a fixture, maybe a guest bathroom that hasn’t been used for a while and the water seals in the traps have evaporated due to lack of use. This is easy to diagnose simply by being able to see no water in the trap by looking down the plug hole with a torch and even easier to fix by simply running water into the trap through the taps, this will replenish the water seal not allowing odors to escape. 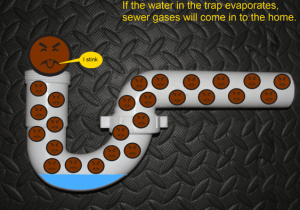 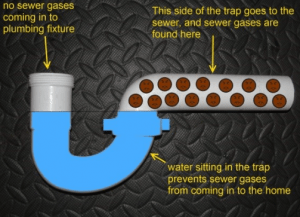 If you are experiencing a musty smell its likely due to mold growth. This can occur in particular in shower drains and basins. The mold growth occurs from the top of your water seal to the grate in the tiles or if it’s a basin then the plug of the basin. This occurs as it’s the perfect moist environment for growth and we are unlikely to ever clean there. To hopefully eliminate this mold issue you will need baking soda, white distilled vinegar, hot water and an old toothbrush.

Mix baking soda and water to create a paste which you then apply to the shower grate or basin grate, you can also use a screw driver to pop out the shower grates usually, meaning you can get access down closer to the water seal. Apply this paste on as much of the surface where the mold growth is as possible. Leave it for a while and then pour some hot water down the drain and on the scrubbed areas, followed by a cup of vinegar and then half a cup of baking soda. Care must be taken when doing this of course.

Hopefully some these simple things can help you in your fight to find where that sewerage smell is coming from.