Every person, at least once a day, will flush the loo or wash their hands, but where does this waste and dirt go?

A sewage system ensures that waste can be disposed off in a way that it is not harmful to other people or the environment. There are two different types of sewage systems, namely an on-site system or effluent/ wastewater system.

An on-site system treats the sewage in a septic tank, which means most of the sewage is disposed of in an area close to the property.

Liquid waste from drains such as the toilet, bathroom, laundry and sink go into pipes which carry it to a septic tank. The waste from the tank is then disposed of through disposal drains often referred to as leach or French drains. In these systems, the effluent (liquid waste) slowly soaks into the surrounding soil out of the leach drains.

These systems can not be installed into every property as the ground may not be suitable to soak up the effluent. For example, clay or similar soils are not absorbent. Other factors that would not allow an on-site disposal system from being installed include flood areas, areas that have a high water table, and areas near to drinking water supplies. 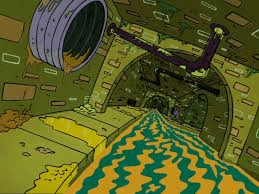 Effluent disposal system are the solution to properties and communities that can not have on-site systems since it disposes waste from a community at a central place usually called a sewage lagoon or effluent pond.